Do you have symptoms of depression? It is a well-known fact that depression has become one of the most common ailments in modern times. When you feel lethargic, continually tired and fed up with life, or there are things or people you don’t like, you have encountered circumstances which have left you feeling distraught etc. etc. In other words, you have lost control of your emotions and you visit your doctor who generally prescribes an anti-depressant drug.

You then feel happier knowing that you have a genuine reason for the way you feel. The problem is – you could go on for years taking these anti-depressants which are alien to the body.

If you are diagnosed with depression, your doctor will tell you that there is a chemical imbalance in the brain, The anti-depressants are designed to re-balance the chemicals but they do have side effects, sometimes severe. 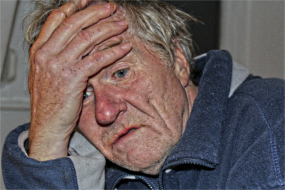 The worst side-effect can be when you decide to stop taking them. You have two problems, the first is the drug affects your body, so you will feel side effects such as nausea, but the biggest effect will be the chemical change in your brain. You can never stop taking them instantly but have to decrease the dosage over a period of time hoping the imbalance corrects itself. If the problems that caused the chemical imbalance are still there, then the imbalance continues and you will have to carry on taking them.

To correct the imbalance, it is obvious you need to remove the cause. The cause will be the negative emotional problems you have and using the Life Enhancers Rone Therapy is the simplest way to remove the negativities.

You will be able to remove all your negative emotional problems as far back as you want to go. From problems in your childhood, your teenage years, young adulthood to the problems you have today. All will be removed in one Rone session. This sounds impossible, but we have been doing it for many years.

Not only will you have removed all your old negative emotional problems but you will also be able to remove yourself any future ones you may encounter.  It will take you around 30 seconds to remove each one.

We realise that if you have suffered many years from depression, the thought that you will be free of all those terrible thoughts may actually frighten you. This common. so common that many people who see what we do, refuse to believe it. They have adapted to living in a horrendous place, and the idea of leaving it causes severe worry and fear. We will remove all your worries and fears as well, so you can go out and live the life you were always meant to.

As a backup, should you need any reminders or help, we are as far away as your email or phone, or visit us for the following year at no extra charge.

Life Enhancers are the world’s foremost authority at removing depression in just one session.

Just thought I would let you know how I am coping after six weeks.  Stopping taking my antidepressants was a big step for me as they had been my crutch for 3 years.

I have my energy and my personality back which had diminished after my son died. I am also more tolerant and no longer have that unwell feeling.

I would like to say thank you for coming into my life and making such a change.  Some of my family have been sceptical that it won’t last and others have supported me.

I know it will last because you left me with the ability to remove any other problem that gets to me.

It’s also nice to know that If  I  do have a problem I can’t cope with, you are only as far away as my phone.

Dear Tony Just wanted to write a letter to say the biggest THANK YOU although I feel that just isn’t enough. What you have done for me and many other people including my mother, auntie and uncle, words and simply not enough. Read More.... - Mrs K. Portsmouth. -